Will there be a Major League Baseball bubble for the playoffs and World Series? We’ll see.

Before getting into this week’s primary topic on the No Longer Neighbors podcast, co-hosts Aaron Arruda and Chris Mycoskie give their thoughts on the week’s news, including the explosion in Beirut (3:00), President Trump threatening to ban TikTok (5:55), Mike Golic’s run on ESPN Radio ending (8:46), and Mulan coming directly to Disney Plus (13:05).

This week’s guest is Chris Halicke, who covers the Texas Rangers beat for Sports Illustrated (21:11). While fans are banned from attending MLB games right now, he’s one of the privileged few who get to be inside the ballpark (28:30). We’ve already seen the Marlins and Cardinals suffer COVID-19 outbreaks in their clubhouses, so what is his level of optimism for the season being played to completion (35:30)?

ESPN’s Jeff Passan reports that a Major League Baseball bubble situation, like we’re seeing right now with the NBA and NHL, is a realistic possibility for the postseason (39:48). Halicke speculates that if the league limps to the finish line of the regular season, with a litany of positive cases, then playing in a bubble may be the only way a World Series champion can be crowned.

What about the NFL (44:30)? It will be very difficult. There are a lot more players and coaches involved. On the day of our recording, the Dallas Cowboys and Pittsburgh Steelers should have been opening the NFL preseason with the Hall of Fame Game. As for college football, conferences are adjusting their schedules. But ultimately, that may not matter.

Finally, Aaron is still on the mend from rupturing his Achilles last week. So how is he spending his free time without being able to move much? He bought a Nintendo Switch (58:20).

Listen to No Longer Neighbors wherever you consume podcasts, including Apple Podcasts, iHeartRadio, and Spotify.

Sports Illustrated Inside the Rangers: https://www.si.com/mlb/rangers/ 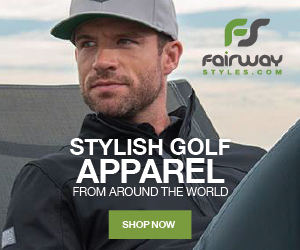 My baby brother was born six years after me. Now, six weeks after I launched my podcast with Aaron Arruda, Craig has a show of his own. He’s co-hosting Beer Flight alongside Billy Rudolph.

The Beer Flight podcast features travelers, enthusiasts, experts, and friends talking about their travel experiences and the drinks they had along the way. Craig and my sister-in-law Amy Mycoskie are the founders of Round Trip Brewing Company in Atlanta.

I do a little voice acting for the show’s opening and closing elements, playing the role of an airline pilot. 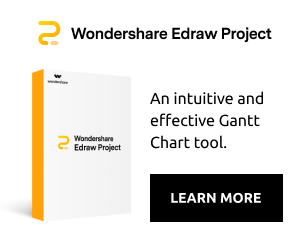 If you watch any local television in Dallas-Fort Worth, you’ve probably seen my recent commercial acting for Milestone. The spot seems to be on CONSTANTLY. It’s been running for nearly a year and I’m still regularly hearing from friends after they see it for the first time.

I play a weatherman that apparently only knows one word: plumbing. 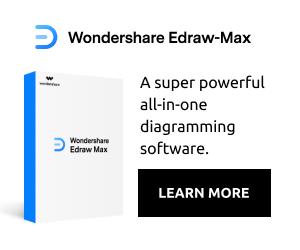 While Chris Mycoskie was upset about Cory Kluber and Jose Leclerc suffering injuries for his beloved Texas Rangers, it turns out a different affliction would affect the No Longer Neighbors podcast more directly. Aaron Arruda ruptured his Achilles tendon this week while playing pickleball.

After going over the play-by-play of that pain, Chris talks about the massive amount of debt he overcame with the help of Dave Ramsey’s Financial Peace University (8:05).

This week’s guest is Shawn Lane from Financial Renovation Solutions, Inc. He works to better people’s lives, in part by helping them improve their credit scores (19:52).

This week’s guests on the No Longer Neighbors podcast are Dr. Vonni Gant and Dameon Madison from The AND Campaign. Have you ever felt too progressive for conservatives, but too conservative for progressives? The AND Campaign encourages everyone to engage in the political process with both love and truth while making all decisions from a Biblical framework.

Aaron Arruda and Chris Mycoskie started a podcast in June. As you can probably tell from the title, they used to live next door to each other. The show is available on most platforms, including:

I’m serving as the “Texas Ambassador” for BlueFrame Technology. The company rendered excellent products and services as the streaming provider for the Southland Conference during my time with the league, so I’m excited to continue my association with BlueFrame in this new role.

My primary objective is to add additional schools to the TAPPS TV Network. This service began as the solely the home of TAPPS championship events, but is now being expanded to include content produced by member schools. In addition to access to the awesome Production Truck software, joining the network allows members to stream their programming to the TAPPS apps. The apps are available on Apple TV, Roku, Amazon Fire TV, iPhone, Android, and other devices. TAPPS members can click here to learn more. Contact me with questions.

It’s worth noting that schools aren’t limited to sports. You’ll be able to use this set-up to stream fine arts, graduation ceremonies, and anything else you’d like to produce.

There are also opportunities for UIL schools and small colleges to create their own networks. Look at this information, then click “get proposal” or reach out to me directly and we’ll talk about your needs.

Aaron Arruda and Chris Mycoskie start this week’s episode of No Longer Neighbors with a lengthy discussion on the biggest news items of the week, including the Washington NFL team finally dropping its controversial nickname (3:30), President Trump serving as a pitchman for Goya Foods after some called for a boycott (14:24), a massive Twitter hack that compromised verified accounts (20:29), and the return of the Ford Bronco (26:24).

Aaron and Chris welcome in three guests from the Major League BotBall community (34:50): Eric Garment, Mark Colley, and Justin Rocke. With the real MLB shutting down in March, Gerrit Hall had an idea to simulate each team’s 162-game season and stream games on Twitch. What makes this different and special is the fact that MLBotBall uses live broadcasters. Some are pros like Justin and Chris, others are aspiring to do it as a career, while a good number have little or no experience. They just love baseball. Plus, there’s an active community with fans serving as their favorite ballclubs’ general managers.

The actual MLB season begins next week, but there won’t be fans in the stands. That means no road trips to ballgames (1:22:57). And for a lot of people, this has been a summer without vacations due to COVID-19. It put a halt to Chris and his wife Cassie’s journey to visit all 50 states (1:29:55).

On this week’s episode of the No Longer Neighbors podcast, we’re sharing our experiences with family tragedies that took place during the COVID-19 pandemic. First, Aaron Arruda talks about his wife Alicia’s pancreatic cancer diagnosis, treatment, and recovery (4:17). That’s followed by Chris Mycoskie discussing how his daughter Grace was stillborn in May, plus his wife Cassie’s life was in danger (42:42).

We begin the Independence Day edition of No Longer Neighbors with mask talk before Kyle Draper pops on (10:15). He takes us through the principles he preaches as a social media coach, including fixing your mindset (14:01), identifying your audience, video-video-video (16:40), and content compounding (19:25). Who influences his approach (33:15)? To close things out, we discuss Aaron’s obsession with buying new cars (38:28).