Hosts Chris Mycoskie and Aaron Arruda begin with the biggest sports story of the week. In the first game of Wednesday’s Cincinnati Reds vs. Kansas City Royals doubleheader, FOX Sports announcer Thom Brennaman issued a gay slur when he thought the broadcast was still in a commercial break (2:00). As it turned out, the MLB.TV feed carried his comment live. Brennaman left the booth during the second game, but not before Nick Castellanos hit a home run mid-apology. He’s subsequently been suspended from Cincinnati regional broadcasts, plus FOX pulled him from NFL games.

Then politics take over the show, starting with the selection of Kamala Harris as the Democratic VP nominee (14:20). That’s followed by a review of the Democratic National Convention (18:35), including the production value and the biggest speeches.

This week’s guest is Brian Franklin from the SMU Center for Presidential History (36:45). President Donald Trump recently said Joe Biden is “against the Bible” and “against religion.” Brian looked back at Jefferson vs. Adams in 1800 and found similar attacks. Not from the candidates themselves, but from commentaries in propagandist newspapers.

Looking at today’s hyper-partisanship, Brian believes George Washington would be baffled and hurt (39:15). Thomas Jefferson and Alexander Hamilton despised each other and likely wouldn’t have a problem with the current state of affairs.

To contrast the first president of the United States with the man currently holding the office (40:49), Brian says Washington was incredibly conscious of every single thing he did and said, being very careful about his words and actions. Washington knew he was setting an example. It’s clear that’s not the case with Trump. He wants to get his point across and doesn’t seem to take great care in the manner he uses to do so.

Listen to No Longer Neighbors on Apple Podcasts, iHeartRadio, Spotify, or nearly anywhere else podcasts are consumed. 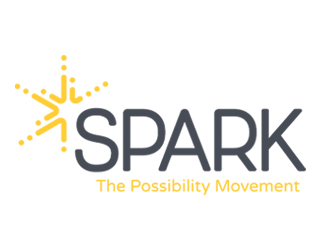