10)
2007-08 BCS National Championship – Ohio State vs. LSU, Louisiana Superdome (January 7, 2008):
Championship week started with a trip down to New Orleans to get shots of the Tigers arriving at their hotel in New Orleans. Unfortunately, the bus was late and it was FREEZING. The combination of standing out in the cold and lack of sleep that week resulted in a very sick sportscaster. When the day of the game arrived, I was running a 102.5 fever. But, there was no calling in sick when the home team was playing for a national title. I shot the entire game, then put on my jacket and tie to host the local Fox post-game show. Somehow, I pulled it off and didn’t die in the process. If not for the way I felt, this probably would have been higher on the list. College football is my favorite sport and the championship game was a great spectacle, especially with it being a virtual home game for the Tigers.

9)
Indy Racing League – True Value 500, Texas Motor Speedway (June 7, 1997):
I have spent a lot of time at Texas Motor Speedway, but nothing stands out quite like the first race I attended. This was the first IndyCar event at the track and I had just started my internship in the sports department with WBAP Radio. My task was to grab some sound bytes in victory lane. Billy Boat was celebrating and everyone was having a good time. Then I caught Arie Luyendyk in the corner of my eye, walking towards us. He didn’t look happy and started screaming about how he was robbed. He and A.J. Foyt, who owned Boat’s car, came to blows two feet in front of me. The next morning, the IRL admitted a scoring mistake and awarded the win to Luyendyk.

8)
Saban Bowl I – LSU vs. Alabama, Bryant-Denny Stadium (November 3, 2007):
I can’t imagine another regular season college football game having the build-up that this one did. The hate spewing from LSU fans towards Nick Saban was incredible, starting with the moment he left the Dolphins for the Crimson Tide. It boiled over in the days leading up to this game. Even without that, it would have gone down as an incredible game, with Chad Jones forcing a fumble that led to a late touchdown to give the Tigers a 41-34 victory, and kept #3 LSU in the national title hunt. Plus, the atmosphere in the stadium was one of the best I’ve ever experienced. Just like the first time I walked into Tiger Stadium, I got goosebumps.

7)
2007 Big 12 Championship – Missouri vs. Oklahoma, Alamodome (December 1, 2007):
LSU was playing in the SEC Championship the same day in Atlanta, but I wasn’t assigned to cover the game. So, with my alma mater playing in relatively nearby San Antonio, ranked number one and a win away from the national title game, I called my dad, found some tickets, and headed to the Alamodome. When I arrived at Mizzou in the fall of 1997, the Tigers were not exactly a football powerhouse, having not been to a bowl game since 1983. I arrived at the right time, as MU made a bowl during my freshman and sophomore years, and started to build a decent program. Now, on the verge of getting to the game’s biggest stage, I had to be there. It didn’t work out that day, of course, as the Tigers lost to the Oklahoma Sooners for the second time that season. The next day, the knife dug even deeper, as Kansas was selected for a BCS game over Missouri, despite the Tigers’ win over the Jayhawks just a week prior.

6)
Men’s Basketball Regular Season – Missouri vs. Kansas, Allen Fieldhouse (January 24, 1999)
I hate ku with a passion, but I have to admit that Allen Fieldhouse is pretty cool. When the arena went quiet before tip-off, and the beakers do their “Rock Chalk” chant, it gave me goosebumps. But this game wouldn’t have made the list if not for the way Mizzou played that day. The Tigers came into Lawrence and won, 71-63. I was covering the game for KCOU radio, so I couldn’t cheer on press row. Instead, when something good happened, I’d just exchange looks and the occasional leg punch under the desk with my fellow student reporters. As it turned out, this was Norm Stewart’s final game at ku, and as was custom, I didn’t spend a cent in the Sunflower State that day.

5)
Super Bowl XXVII – Bills vs. Cowboys, Rose Bowl (January 31, 1993)
With the Cowboys not having made the Super Bowl since after the 1977 season, my dad said “they may not make it for another 15 or 20 years, so we better go this time.” After winning the NFC championship, he found tickets, grabbed a hotel room in Fullerton, and booked roundtrip airfare to LAX. Everything about the game was larger than life, including the NFL Experience theme park outside the stadium, the halftime show (featuring Michael Jackson pre-pedophilia accusations) and the Cowboys’ blowout victory. After the game, we headed back to LAX for the red-eye to DFW. At the time, I was writing a weekly column for the Fort Worth Star-Telegram’s “Class Acts” section, so I took care of that on the flight. We drove straight from the airport to Shackelford Junior High (yes, my dad made me go to school), where I wore my new Super Bowl sweatshirt and was the envy of every kid there.

4)
Games of the XXVI Olympaid – Atlanta (Summer 1996)
It is impossible narrow the Olympic experience down to just one of the events. In fact, I don’t really remember any one event in particular as being more spectacular than the others, but we took in a lot of great stuff. Every event was part of a ticket lottery, and we got very lucky, getting to go to several Dream Team basketball games, some swimming and diving, plus a lot of sports we had never seen before. One of those was field hockey between India and Pakistan. It is the national game of those countries, who are always on the brink of war, which made it especially interesting and kinda scary to be there. We also visited Centennial Park a lot, and were there just hours before the bombing. It was surreal waking up in the middle of the night and seeing the breaking news, then going to the events the next morning with everything under extra security.

3)
Nolan Ryan’s 7th No-Hitter – Blue Jays vs. Rangers, Arlington Stadium (May 1, 1991)
This was the shortest experience of anything on this list. This game was not scheduled for TV, but it was very rare that we did not keep up with a Rangers game in our house growing up. We had this one on radio, and when it got to the end of the 7th inning, and Nolan still had the no-no going, my dad yelled “let’s go!” We got in the car and sped to Arlington Stadium, listening to the radio as we drove, fully ready to turn around if Toronto got a hit. We got to the park, found a parking spot, and ran into the stadium in time for the 9th inning (nobody was guarding the entrances – everyone must have gone inside to see history). We watched the final three outs, jumped and screamed as Nolan finished off the Blue Jays, and then sprinted back to the car and headed home.

2)
Mark McGwire’s 60th, 61st and 62nd home runs – Reds/Cubs vs. Cardinals, Busch Stadium (September 1998)
Knowing what we know now about McGwire’s PED use (and the fact that the record was broken again just a couple of years later), some devalue this event. But nothing could change the excitement of those days for me. I was going back and forth from Columbia to St. Louis every day, seeing something amazing. I’d like to think I am usually pretty neutral, and able to contain my emotions when I’m part of the working media, but I couldn’t help but have a huge smile on my face in the press box after each one of these homers. Following the post-game press conference after number 62, I headed back to my car and turned on KMOX, where I heard the legendary Jack Buck say it was the most exciting sporting event he had ever witnessed. Having barely started my career, I thought it was all downhill from there.

1)
World Series Game 3 – Giants vs. Rangers, Rangers Ballpark in Arlington (October 30, 2010)
My grandfather was the original team doctor for the Rangers in 1972, and passed the job along to my dad and uncle in 1985. The team was a huge part of my life, and for so many years, the Rangers were just plain horrible. Still, that didn’t keep us from loving this ballclub. My dad, mom, brothers and I went to spring training every year, and up to 60 games a summer. To see them finally reach the World Series was almost hard to believe. No matter what, I knew I had to get to Arlington to see the first game. Everything about it was incredible, but the best part was experiencing it with my grandpa and dad. I don’t know anything could have lessened the experience, but the Rangers winning that night elevated it to an even higher level. 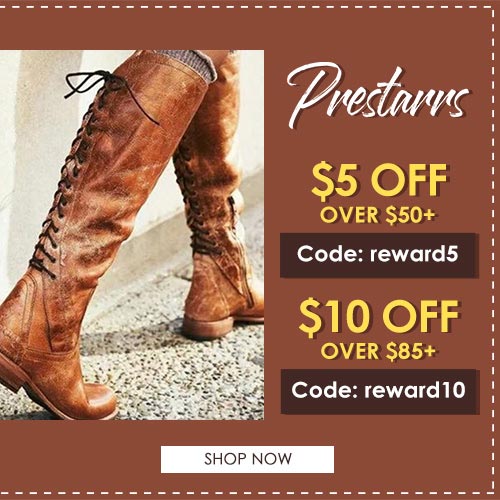